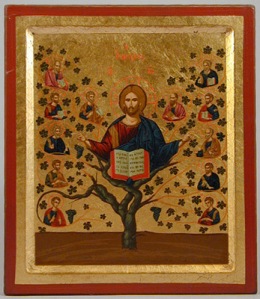 In the 1980’s, Robert Bellah and a team of sociologists set out to study American society. They compiled their findings in the book, Habits of the Heart. At one point they write this,

We believe that much of the thinking about the self of educated Americans … is based on inadequate social science, impoverished philosophy and vacuous theology. There are truths we do not see when we adopt the language of radical individualism. We find ourselves not independently of other people and institutions but through them. We never get to the bottom of ourselves on our own. We discover who we are face to face and side by side with others in work, love and learning. All of our activity goes on in relationships, groups, associations, and communities ordered by institutional structures and interpreted by cultural patterns of meaning. Our individualism is itself one such pattern. And the positive side of our individualism, our sense of the dignity, worth, and moral autonomy of the individual, is dependent in a thousand ways on a social, cultural, and institutional context that keeps us afloat even when we cannot very well describe it. There is much in our life that we do not control, that we are not even “responsible” for, that we receive either as grace or face as tragedy; things Americans habitually prefer not to think about. Finally, we are not simply ends in ourselves, either as individuals or as a society. We are parts of a larger whole that we can neither forget nor imagine in our own image without paying a high price. If we are not to have a self that hangs in a void, slowly twisting in the wind, these are issues we cannot ignore.
To be Christian means to be called to the community of discipleship and this is, by its very nature, a rejection of radical individualism. We live in relationship one with another and each of us with the living Christ and we realize who we are only in and through these relationships. “I urge you,” writes Paul in First Corinthians, “… that there be no divisions among you, but that you be united in the same mind and in the same purpose.” Stay united, “… so that the cross of Christ might not be emptied of its meaning.” Christian community is not just a nice by-product of the revelation of Christ, it is of the very essence of this revelation. Something very fundamental is at work when we gather and live as brothers and sisters in Christ.

Our society is fragmented – painfully fragmented – and there are forces that seek to encourage this fragmentation. (It is easier to manipulate people when they are isolated and not talking one to another.) Community and dialogue are the great fears of the forces of fragmentation. Today, one of the greatest witnesses we can give as Christians is to live community. Community, in a land which extols individualism, is radically countercultural and in community we are healed, we discover ourselves through our encounter with the other in Christ.

Here at the Catholic Center I will point to myself as an example. People sometimes ask me when did I know that I wanted to become a priest? In many ways my vocation began here. When I was a young boy I had thought about being a priest – elementary and high school. But the “idea” never went anywhere, it never grew because beginning around 6th grade through my second year in college I was not involved in church. I had an “idea” in the back of my mind but that was all that it remained – an “idea”. It was only when I came back to the church here at the Catholic Center, when I began to live in the context of community that the “idea” grew – it became no longer just an idea but a hope and ultimately a joy. We realize ourselves in Christian community.

In Matthew’s Gospel, Jesus calls Peter and Andrew, he calls James and John together. They form community. It is interesting to read each of the gospels from the first to the last chapter and notice how much the disciples changed and are transformed (not into someone different but into truly who they are). They are changed primarily through their encounter with Christ but also (and there is sufficient proof for this in Scripture and not the most flattering proof either) through their encounters with one another in Christ.

“I urge you … remain united.” writes Paul. There is something truly fundamental and formative that occurs only in the context of Christian community.