In the beginning of her book An American Childhood Annie Dillard tells the story of watching a neighbor girl skate on the city street on a cold, Pittsburg winter night:

The night Jo Ann Sheehy skated on the street it was dark inside our house.  We were having dinner in the dining room – my mother, my father, my sister Amy, who was two and I.  There were lighted ivory candles on the table … Now we sat in the dark dining room, hushed…  Behind me, tall chilled windows gave out onto our narrow front yard and street.  A motion must have caught my mother’s eye; she rose and moved to the windows, and Father and I followed.  There we saw the young girl, the transfigured Jo Ann Sheehy skating alone under the streetlight.

She was turning on ice skates inside the streetlight’s yellow cone of light – illumined and silent.  She tilted and spun.  She wore a short skirt, as if Edgerton Avenue’s asphalt had been the ice of an Olympic arena.  She wore mittens and a red knitted cap below which her black hair lifted when she turned.  Under her skates the street’s packed snow shone; it illumined her from below, the cold light striking her under her chin.

I stood at the tall window, barely reaching the sill; the glass fogged before my face, so I had to keep moving or hold my breath.  What was she doing out there?  Was everything beautiful so bold?

Nelson Mandela once said: It is our light not our darkness that most frightens us.  We ask ourselves, “Who am I to be brilliant, gorgeous, talented?”  Actually, who are you not to be.  Playing small does not serve the will of God.  We are born to make manifest the glory of God within us.  It is not just within some of us, it is within everyone.  The more we light our own light shine; the more we unconsciously give other people the permission to do the same.

In today’s Gospel (Mt. 25:14:30) we are given the parable of the talents.  The term “talent” in our Lord’s day was used to denote a certain measurement of wealth.  It is due to this very parable that the word “talent” has the meaning which we know today.  In the parable, the master who is departing on a journey leaves a different sum of talents with three different servants.  The first two servants double what was given them and are rewarded accordingly.  The third servant (out of fear) buries the talent he is given and makes nothing.  He is punished for his laziness.

So, we see this parable as an instruction about using the gifts, the talents that we have been given in life and not being fearful.  It is also helpful to note where this parable falls within Matthew’s gospel.  It is in the section where Jesus is discussing the end times and it comes right before the section where Jesus sets the criteria for judgment of our lives.  (The Gospel passage we will hear next Sunday.)

With the awareness of this context we see that the use of talents is not toward the goal of comfort in this life but toward the goal of the reign of God.  This parable warns us that the servant preferred to hide his life in a hole, in an avaricious and egoistic tranquility … Jesus unveils the ambiguity of one who contents himself with how things are, has no desire to change, no aspiration to transform life and, no ambition for a happier life for all. (Bishop Vincenzo Paglia)

The Kingdom of God begins with each one of us when we make the choice to not close ourselves off in our own self interest but make the bold choice for life and to help alleviate the sufferings of the other person.  It is a choice that must begin within – the choice to begin changing our own hearts and the choice to bring the Gospel to our world and live the Gospel for our world.

“Does beauty have to be so bold?” wondered the young Annie Dillard.  Yes, it does.  We are each born to make manifest the glory of God within us. 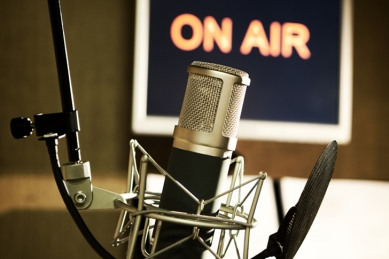