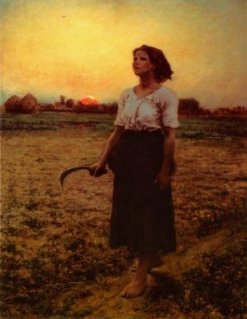 Thank your for a wonderful explanation of the Pope’s recent statements. He is truely a great man and a gift to our church. You do a fine job of explaining the scriptures as well.

I have an old 2009 issue or Panorama Magizine, an Italian publication. It says that Vatican Bank is being investigated by Italian authorities from the Financial Intelligence Unit of the Banca d’Italia and the Guardia di Finanza over money laundering transactions worth over $200 million through a branch of UniCredit located at Via della Conciliazione across from St. Peter’s Basilica. This bank apparently handles accounts of Catholic religious orders and other Catholic associations using the “offshore” status of the Holy See. In September of this year, I read that the investigation is ongoing. Is there any relationship between these events and the Pope referrences to “Anonymous Capital” and its destructive power? His statements seem timely considering these financial events in the Vatican.


Many blessings in your ministry!

Actually, the amount in question is $30 million and not $200 million.  There is a current investigation launched by Italian authorities into the movement of these monies and if it constitutes laundering.  Part of the complexity of the matter involves the Holy See’s designation as a sovereign state.  The Vatican has expressed perplexity regarding this investigation especially since it has for a while now been involved in an ongoing process of putting in place structures of transparency regarding all financial matters.  We will have to see what the investigation concludes.  Found at the end of this post is a statement issued by the Vatican regarding this matter.

Now, is this matter related to the Holy Father’s warning regarding “Anonymous Capital”.  No, I do not believe so.

There are a series of books put out by a man by the name of Walter Wink that I would encourage people to read.  The books are: “Naming the Powers”, “Unmasking the Powers” and “Engaging the Powers”.  Wink is a professor of Biblical Interpretation at Auburn Theological Seminary and in this series of books he demonstrates how the biblical terms “powers, principalites, thrones, dominions, etc.” are not just biblical poetic imagery but references to (my definition) “pervasive systems of thought that influence our lives and the life of society.”  When these powers are in correct relation to truth then they are beneficial and good but when they seek to usurp and supplant truth then they become demonic – false divinities.  All the powers of our world must continually be brought before and measured by the truth of the Kingdom of God.

The attitudes, practices, mindsets and philosophies that all contributed to the economic collapse and to our being at the precipice of world-wide financial catastrophe – which we still find ourselves dangerously near to – must be acknowledged and named and judged according to a renewed understanding of the common good.  These are the “anonymous powers”.  The forces of the market must be held accountable to the common good and the dignity of the human person.

Earlier today I heard a news story on the radio regarding a woman who, due to our troubled economy, had her salary cut.  Because of this she fell behind in her mortgage payments.  She went to her lending agency and was able to renegotiate her mortgage.  She felt good and hopeful.  Three months later she found a note attached to her front door saying she had been evicted and her house had been sold.  Her lending agency had failed to do the proper paperwork verifying that her mortgage had been renegotiated.  She was caught up in a system beyond her control.  She went to the foreclosure court to argue her case but the judge found in favor of the lending agency.  She now no longer has a home.  This is an injustice filled with biblical overtones.  “The Lord hears the cry of the poor, blessed be the Lord.”

Near the end of the excerpt of the Holy Father’s talk (which I shared on the previous post), Pope Benedict refers to the “simple faith” that remains the greatest strength of the Church against the flowing river of the anonymous and false powers we find ourselves in the midst of in this world.  The faith to believe in God, to do the right thing and to care for the other person.  The opening hymn for tonight’s evening prayer expresses very simply and beautifully, I believe, this simple faith.  I will quote it to end this post.  It is a hymn we should all sing and truly take to heart during these times.

(Below is the statement from the Vatican I made mention of above.)

VATICAN CITY, SEPT. 23, 2010 (Zenit.org).- Here is a statement from Jesuit Father Federico Lombardi, director of the Vatican press office, regarding the investigation into the Institute for the Works of Religion.

The statement was published by the Financial Times.

Sir, The Institute of Religious Works (IOR) has returned to international media attention in the wake of a surprise investigation by the Procurator’s Office in Rome (“Vatican backs bankers in laundering probe”, September 22).

Given that the activities of the IOR take place at an international level, and that its president is well-known in the world of international finance, it is appropriate that I should seek to avoid the spread of inaccurate information and to ensure that no damage is caused to the institute or the good name of its managers.

The IOR is not a bank in the normal definition of the term. It is an institute that administers the assets of Catholic institutions, who aim to further a religious and charitable apostolate at an international level. The IOR is located within the territory of Vatican City State, beyond the jurisdiction and surveillance of various national banks.

Its particular status means that its position in the system and the regulations of international finance require a series of agreements to establish the procedures necessary for the Holy See to be included in the Organisation for Economic Co-operation and Development’s “white list” – this is especially true in light of the new norms laid down by the European Union to combat terrorism and money laundering.

From the day of his appointment as president, and in accordance with the mandate he received from the highest Vatican authorities and from the IOR inspection committee, Ettore Gotti Tedeschi has been working with great commitment to ensure the absolute transparency of the IOR’s activities, and its compliance for the norms and procedures which will allow the Holy See to be included in the white list. To this end, intense and fruitful contacts are ongoing with the Bank of Italy, the EU and with the competent international bodies: the OECD and Gafi (or Financial Action Task Force).

It is for this reason that the Vatican Secretariat of State expressed its perplexity and amazement at this investigation by the Procurator’s Office in Rome, which has come at a time in which this commitment is being clearly shown and these contacts are being made in order to reach lasting solutions as soon as possible.

The nature and aims of the transactions under investigation could have been clarified with great simplicity, being cash transactions the beneficiary of which is the institute itself, on accounts it holds at other credit institutions. The current problem was caused by a misunderstanding (now being examined) between the IOR and the bank which received the transfer order.

Thus the Holy See reiterates its complete confidence in the managers of the IOR, and its desire for complete transparency in the financial operations the institute undertakes, in accordance with the procedures and norms required today to ensure the security and transparency of transactions in the field of international finance.