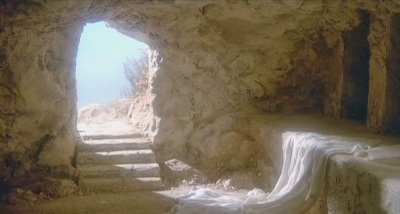 As we come to the end of the liturgical year the Church invites us to reflect on the end things – the second coming of Christ, life, death, resurrection and judgment.  The Old Testament itself only reached a degree of certainty about the resurrection quite late, as presented in the first reading from the Second Book of Maccabees (2 Mc 7:1-2, 9-14).  In the time of Jesus belief in the resurrection was hotly debated with the Sadducees being the main group opposed.  So, when the Sadducees approach Jesus in today’s gospel with their lengthy and convoluted question (Lk. 20:27-38) they are more interested in putting him in a verbal trap and proving their point than actually being open to the ever-new possibilities of grace.

Jesus easily sidesteps their question and their narrative of reality and gives us a glimpse of the fullness that awaits us in the resurrection.  (It is helpful to note here that sometimes the wisdom of the Church in shown in what she chooses not to say just as much in what she explicitly teaches.)  Our belief in what comes after death and in the end things all come from the little glimpses we have been given through the Scriptures and what Christ himself has revealed (as seen in today’s gospel).  This wisdom is pastorally present in the Church’s celebration of funerals, I believe.  In the funeral, we commend the beloved to the mercy of God and that is as far as we can go.  God alone judges the human heart at the moment of his or her death and also God alone knows the time of the end things with their explicit details.  To speculate and then try to speak authoritatively on what we cannot know reveals more foolishness and hubris on our part than any sense of wisdom.
Sometimes wisdom is also shown in knowing when to keep ones mouth shut.
In today’s gospel our Lord says that the children of the resurrection will neither marry nor be given in marriage; that they will no longer die for they will be like angels and that God is God not of the dead but of the living, “for to him all are alive.”
The reality of the resurrected life is a reality that we cannot fully understand because we are all hemmed in by death and this affects our view of everything, our pursuits as well as our relating one to another.  The opposite is true for the resurrected life because with the resurrection, life is continuous; it has neither beginning nor end; there is no further need of marriage for procreation, and death is no longer possible. It is a life full of loving communion with God and with one another, a life without tears, bitterness and sorrows.  This in no way denies but rather fulfills the reality of human existence and relationship.
In his book on Jesus of Nazareth (the volume focusing on Holy Week) Pope Emeritus Benedict offers this thought in regards to the resurrection:
Throughout the history of the living, the origins of anything new have always been small, practically invisible, and easily overlooked.  The Lord himself has told us that “heaven” in this world is like a mustard seed, the smallest of all the seeds (Mt. 13:31-32), yet contained within it are the infinite potentialities of God.  In terms of world history, Jesus’ Resurrection is improbable; it is the smallest mustard seed of history.
To refer to the resurrection of Christ as the “smallest mustard seed of history” seems counterintuitive to say the least but Pope Emeritus Benedict is, in fact, making a profound statement.  From our perspective, from the perspective of those hemmed in by death, the resurrection is truly improbable and just plain impossible but not from God’s perspective.  God is not, nor has God ever been, hemmed in by death as we are.  This “smallest of all seeds” has indeed broken into our world and now all life and all of creation is being transformed!  Death is not the last word!  God is not God of the dead but of the living!
We, ourselves, are already caught up in this newness of life which has this smallest of seeds as its origin!  In the Apostles Creed we do not profess belief in “life after death” rather; we profess belief in “life everlasting”.  The newness of life in the resurrection is not a “not yet” reality.  It is a reality that has already begun within us.  Today, through our baptisms, we are participating in life everlasting.  The transformation has already begun and is at work within us.  We have a hope which endures because the seed of the resurrection has broken through the dominance of death which had hemmed all humanity and all history in.
In terms of world history, Jesus’ Resurrection is improbable; it is the smallest mustard seed of history.
Jesus said to them, “The children of this age marry and remarry; but those who are deemed worthy to attain to the coming age and to the resurrection of the dead neither marry nor are given in marriage.  They can no longer die, for they are like angels; and they are the children of God because they are the ones who will rise.”