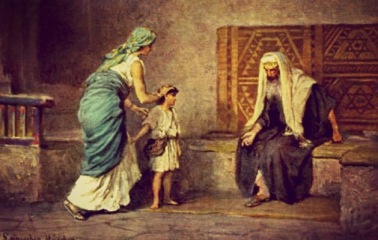 On January 31st, the Church will celebrate the Feast of St. John Bosco – a man who devoted his life to helping young people.  One of the greatest blessings of our Christian faith is the witness of men and women throughout history who let go of their own needs and worked tirelessly for the good of youth and those generations who were to come after them. The witness of these men and women should call us, as the Church, into a reflection on how best to minister to youth and young adults, especially in a time and culture that is “youth obsessed”.  We can readily see how this obsession plays itself out in all areas of society – the entertainment and news media industry, politics, sports, education, relationships – just to name a few.  A fair question is how might this “obsession with youth” bleed into and perhaps even negatively influence the Church’s own ministry to youth and young adults just as they are seeking to claim their own Christian faith and discipleship and how might we best avoid the danger of this obsession?

For full disclosure, I will begin by stating that one of the core convictions I gained in my ministry with youth and young adults is that young people do not benefit from older people trying to act or pretend young; rather young people benefit when their elders remember their own age and are authentic to who they, themselves, are.

To use an image from Scripture: in our world today, young Samuels need the guidance of older and wiser Elis.  For any person ministering to young people, 1 Samuel 2-3 is an important and essential point of reference.  There is much insight to be gained in continually returning to these chapters. Eli is one of the unsung heroes of Scripture.  For our purposes here, we will make use of the famous encounter between the young Samuel and the elder Eli as a way to explore some thoughts.

In the second chapter of 1 Samuel we are told that the Lord had withdrawn his favor from the house of the priest Eli due to the corrupt actions of his two sons, Hophni and Phinehas.  Yet the young Samuel “continued to grow both in stature and favor with the Lord and with men.” (1 Samuel 2:26)  In the third chapter we find the well-known scene of the young Samuel hearing the voice of the Lord, mistaking it for the voice of the old priest and going each time to the sleeping Eli until finally Eli catches on to what is happening and instructs the young man in how to respond.

Our focus here is more on Eli than Samuel.  There are four things that Eli does and personifies which are worthy of reflection and emulation.

The fact that the young Samuel is comfortable in seeking out the elder Eli each time he hears the voice of the Lord testifies to an established relationship of trust between the two persons yet nowhere is there expressed any confusion between their differing roles.  Eli knows who he is and therefore he is comfortable in his own skin and he has no need to pretend to be something that he is not.  An approach to Christian faith and ministry that needs to abandon itself and our Christian heritage in order to chase after the world in the hopes of relevancy lacks maturity and therefore any real depth of insight to offer a young person who is searching.  It might be flashy in the moment but beyond that there is just really not that much there.

What enabled Eli to be comfortable in his own skin and act out of his own authenticity was that he was a man of prayer.  Like any true discipline, the fruit of prayer is only born after the establishment of a hard-fought for habit and practice.  Let’s be honest, the discipline of prayer is not easy. That which enabled Eli to finally recognize what was occurring with the young Samuel was a lifetime spent devoted to the often daily and mundane work of prayer.  An approach to Christian faith and prayer which seeks to manufacture “spiritual highs” at all times rather than developing the daily discipline of prayer is more about feeding addiction than honest Christian spirituality.  Such an approach is in fact a disservice.  The life of Christian faith grows gradually, often unnoticed and through daily habit.

Not only did Eli know what the Lord’s call meant for the young Samuel; he also knew what it meant for him and his family.  Frankly, God’s calling of Samuel meant the end of the road for Eli and his own sons.  It would not be out of place to believe that this recognition must have crossed Eli’s mind along with the temptation to intentionally misguide the youth in an attempt to watch out for his own sons.  Yet, Eli did no such thing.  Eli put Samuel’s best interest before his own and even that of his sons.  This will forever be in Eli’s favor.  To let go of self for the good of another person takes a mature and wise heart. Wisdom is sorely lacking in our world today and one way that this can sadly be seen is when members of an older generation cannot let go of their own interests, needs and particular viewpoints in deference to what is in the best interest of the younger generation.  When we let go of our own needs to help those who come after us then we make a choice for hope and a choice for the future.

I believe that one of the many contributing factors behind younger generations no longer defining themselves as religious is their own experience of their elders’ inability to put the needs of others before their own – the “elders” in this context being a generation of people who would more readily define themselves as “religious”.  When young people no longer define themselves as religious are they forsaking religion per se or are they reacting against impoverished examples of religion which they have seen?  True maturity is found in not always needing to put oneself first. True maturity is expressed in seeking the good of the other person.  It is this type of maturity that truly aids the next generation, as shown in this encounter between the elder Eli and the young Samuel.

What enables this letting go is a profound trust in God.  Eli had such a trust.  Following upon God’s revelation to Samuel; Eli requests that the young Samuel inform him of all that had been spoken by the Lord, holding nothing back.  Samuel shares all, including the ending of Eli’s house.  Eli responds, “It is the Lord, let him do what seems good to him.” (1 Samuel 3:18)  Eli’s trust in the Lord was perhaps one of his greatest gifts to the young Samuel.  A faith obsessed with pursuing youth and relevancy lacks this depth of trust because it is a depth that can only be achieved by negation and passing through the dark night of the senses.  At this point, everything Eli had been about was negated yet he is able to offer this profound statement of trust in the Lord.  In the end, the most important thing is that God’s will be done.

It does the Church no good to chase after the world.  Yes, we live in the world and there are truly positive things to be gained and we must seek to encounter and dialogue with the times we find ourselves in but it does no good if we are co-opted and lose our own soul in the process.  Eli has much to teach us about helping younger generations find and know God while, at the same time, remaining authentic to who we ourselves are.

1 thought on “The witness of Eli: Mentoring Young People”