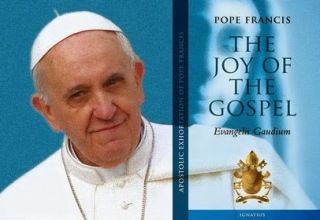 The homily cannot be a form of enter­tainment like those presented by the media, yet it does need to give life and meaning to the celebra­tion. It is a distinctive genre, since it is preach­ing situated within the framework of a liturgical celebration; hence it should be brief and avoid taking on the semblance of a speech or a lecture. A preacher may be able to hold the attention of his listeners for a whole hour, but in this case his words become more important than the celebra­tion of faith. If the homily goes on too long, it will affect two characteristic elements of the liturgical celebration: its balance and its rhythm. When preaching takes place within the context of the liturgy, it is part of the offering made to the Father and a mediation of the grace which Christ pours out during the celebration. This context demands that preaching should guide the assembly, and the preacher, to a life-changing communion with Christ in the Eucharist. This means that the words of the preacher must be measured, so that the Lord, more than his minis­ter, will be the centre of attention.  (EG, 138)

I once heard a Benedictine monk compare good liturgy to a beautiful and precise dance.  Pope Francis is displaying this same sensibility in his reflection on preaching.  Liturgy has a specific rhythm and movement and the preached word is part of this greater whole.  If the sermon takes on too much emphasis, if it only becomes about entertaining, if the true focus of Christ’s continuing dialogue with his people is denied then the rhythm of the whole liturgy is thrown off-kilter if not entirely lost.  The balance and rhythm of the whole liturgy must be kept in mind and maintained during the crafting of a sermon.  Preaching is part of the offering made to the Father and a mediation of the grace which Christ pours out during the (entire) celebration.  (One internal way that I check to see if my homily maintained the rhythm of the liturgical celebration is if it corresponds with the music chosen for the liturgy – chosen separately by the music minister and, more often than not, not discussed or planned beforehand.)
Pope Francis is making news for his “off-script” remarks but it has also been noted that his sermons are on the shorter side.  It seems that he practices what he preaches.  The homily is a distinctive genre, since it is preach­ing situated within the framework of a liturgical celebration; hence it should be brief and avoid taking on the semblance of a speech or a lecture.  It takes more effort to be brief, concise and measured in what one has to say.  This also requires a true knowledge of the distinctive genre that the sermon is and its scope and purpose.  Pope Francis, through his exhortation and his very own practice, is demonstrating that he knows both what a sermon is and what it is not.  The sermon is not a speech nor a lecture nor a moment to entertain.  (Maybe a worthy exercise for any preacher is to reflect on these three genres determining their purpose and method and then, by process of negation, try to then move toward and determine what is distinctive about the genre of the homily.)
One word that comes to my mind regarding the distinctiveness of the homily, and it is a word used by the Holy Father himself, is measured.  The homily strives to be measured both within itself (in technique, in focus, in use of imagery, etc.), within the larger context of the whole liturgical celebration (again it is part of the offering made to the Father) and, I would say, in regard to the entire and ongoing dialogue between Christ and his Church (as a preacher it is essential to know that any particular sermon is a small part of something much bigger – this allows the preacher to be rooted in the true and abiding source of inspiration as well as freeing the preacher from the illusion that it is all on him, an unrealistic weight to bear).
In the section “Cross and Mission” in the book Open Mind, Faithful Heart, then Cardinal Bergoglio (now Pope Francis) reflects on the essential value of apostolic courage and constancy in regards to the mission of discipleship.  I would contend that these are two essential virtues necessary to the ability to be measured in the full act (as laid out above) of preaching.
I want to mention now two attitudes that clearly reveal that a person has assumed the Lord’s mission on the cross.  The two attitudes are apostolic courage and constancy, and they go together.  They characterize the person who, having received the mission, seeks to have the same sentiments as the Lord who gives the mission.  The defects opposed to these attitudes are presumption and fear.  One woman devoted to the Church spoke thus: “Fearful people will never make great progress in virtue, nor will they ever accomplish anything great; those who are presumptuous will not persevere till the end.” Both attitudes, courage and constancy … go together and reinforce one another…  Cowardice means shrinking back toward perdition.  When we lack constancy and patience, the very first challenge makes us want to come down from the cross in order to fight our own battle and not the Lord’s.  Courage supposes constancy; it makes us persons who strive after an ideal.  To embrace the cross, we need courage, and, to remain on it, we need constancy.
Good preaching demands constancy and courage; it demands the lived asceticism that the homily is another instance of the continuing dialogue between Christ and his people and the awareness­­­­­­­­­­­­­­­­­­­­­­­­­­­­­­­­­­­­­­­­­­­­­­­­­­­­­­­­­­­­­­­­­­­­­­­­­­­­­­­­­­­­­­­­­­­­­­­­­­­­­­­­­­­­­­­­­­­­­­­­­­­­that the desire the preacher may face to either fight any of his own battles through the sermon or avoid the full demand of the gospel is, in fact, the temptation to abandon the cross.
A life of faith, lived in constancy and courage, produces the wisdom necessary to know how to be measured in the proclamation of Christ’s gospel.
Follow The Alternate Path on WordPress.com