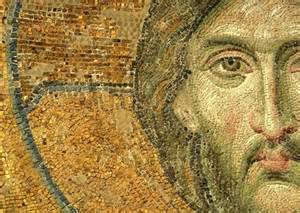 “Who do the crowds say that I am?” “Who do you say that I am?”  These questions of our Lord have continued down through history ever since he first asked them to that small group of followers.  Every age has to pick up the question and find the answer.  Every disciple has to answer the question and, I think, even in the life of disciple the answer shifts as we come to know more and more who Jesus is.  (I know that it has for me.)

Like all of us, I am sure, my thoughts and prayers this last week have been on the tragedy that occurred in Orlando and the victims.  The violent attack that killed forty-nine people, this time of the LGBT community, and wounded many more was simply evil.  It was a perfect storm of terror, hate and mental illness and it touches on so many hot-button issues in our society today – sexual orientation and identification, terrorism and Muslim extremism, access to weapons, even immigration and the growing Latino community.

As many know, I make use of social media and Facebook. I think social media is a good thing that has many positives but there are also downsides and one of those is the temptation to fall into one’s own particular “silo of thought”.  Social commentaries, in a variety of forms, have been noting this.  One of the unexpected consequences of the massive amount of information available to the average person in our modern day is the temptation to fall back into one’s own silo of thought and remain there with like-minded individuals and become even more extreme in one’s own thought and viewpoint.  Radicalization can occur over the internet and it does not just affect terrorists.

Not twenty-four hours after this tragedy; social media, at least on my feed, shifted from shock, grief, prayers and support to people (on all sides) staking out their positions on the hot-button issues of the day.

It turned that quickly.

I have my own opinion on these issues – some of you may agree with them, some of you may not and I may agree with your opinions or I may not. Let’s all get over it.  Social media may allow people to exist in silos of thought but real life does not and reality (not virtual reality) is where true life is found, lived and where real people meet one another.

The question our Lord asks, “Who do you say I am?” is the question for all of us no matter what side of any hot-button issue we find ourselves on. I have made much of the film “Risen” recently because I think it is an important film for our time and where we find ourselves.  I want to draw one image from the film for use here.

As the Roman tribune Clavius (who is fundamentally a good and honorable man) encounters the risen Lord and follows the disciples there is a scene where he strips off his tribune uniform. It is the desert and it is hot but the action is symbolic and it culminates at the end of the movie when Clavius, asked if he believes all about Christ, takes off his tribune ring and gives it to an inn-keeper and says, “Yes, I do believe.”  As Clavius encountered the risen Lord and as he had to find an answer for that question, “Who do you say I am?” he both had to let go and he was empowered to let go of the false identities he had clothed himself in over a life time.

The same is true for us. Whether we are Republican or Democrat, straight or gay, black, white, brown, yellow or red, male or female, pro-gun legislation or anti-gun legislation, rich or poor – we all have false identities.  No one is exempt!  To truly answer our Lord’s question we each must be willing to let go of that which we carry around within us which is not true.  Christ came to bring about God’s Kingdom, not our own particular silo of thought.

The gospel today, our Lord himself, invites us to turn away from our own silos of thought because true life is not found in virtual reality and to rather turn toward the fullness of the Kingdom of God.